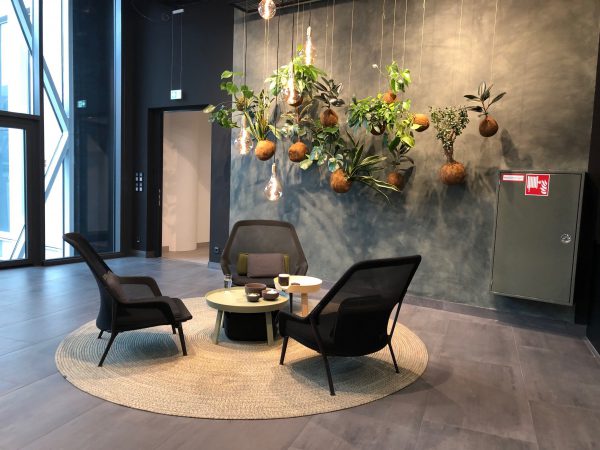 The new decade is dominated by a single theme: digitalization.
All aspects of life are becoming increasingly digital, and the change is noticeable in all regions, all generations and all industries in Germany – but also worldwide. Buzzwords such as Smart Home, Big Data, automation of work and algorithms are on everyone’s lips.

The team at W+P also lives and breathes digitalization, both in its own offices and in its projects, and is continuously testing new products such as the IoT Spot or the new 65″ Samsung Flip. Fittingly, our 14th GREEN LUNCH Frankfurt in the Schüco Showroom, which had opened in 2018 in the Nextower, was held on February 06 under the motto: “Digitalization and BIM – The construction industry between euphoria and destiny”. Together with Oliver Roth and Lars Andermann, Dr. Roman Wagner and Jens Schneider were able to welcome more than 30 guests here.

After a tour of the showroom, during which the various functions of the windows and doors were also tested by the guests and various Schüco apps were presented, Dr. Roman Wagner then handed over the floor to Prof. Dr.- Ing. Katharina Klemt-Albert, who is a professor at Leibniz University in Hanover for construction management and digital construction, and gave us an exciting insight into the topic of Building Information Modeling.

While other industries are already well advanced in digitalization and are no longer using it only to increase productivity, but also to individualize their products and platforms, the construction and real estate industry is still in its infancy here, particularly in Germany. Currently, the German government is actively pushing digitization and plans to “apply BIM to all federal infrastructure construction projects starting in 2020.” (Quelle:https://www.bundesregierung.de/breg-de/themen/digital-made-in-de/building-information-modeling-bim–1547084 ). 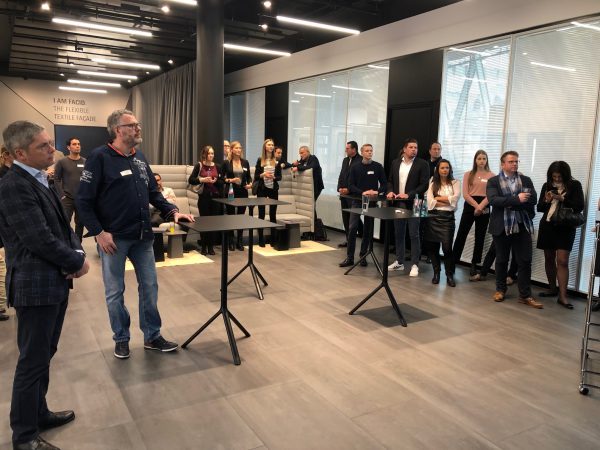 As an illustrative practical example, Dr. Klemt-Albert presented the reconstruction of the X-Lab at her own institute, which was planned with BIM support from the very beginning. Among other things, this also enabled rapid decision-making due to the availability of visualizations and 3D-printed models. According to Dr. Klemt- Albert, BIM is not only a digital planning tool, but rather the ideal communication and collaboration platform through which all project participants can exchange ideas: “Digital construction will fundamentally change the construction industry, and those who master it will build the bridge to the future.”

We would like to thank Dr. Klemt-Albert for a very exciting and inspiring lecture, as well as our team Frankfurt for their input to the event.